And now they speak

Since 0:00 AM today, the voices have been turned on. In 15 locations around Berlin, people tell their stories of living with HIV/AIDS. Their voices can be heard over loudspeakers placed at 4 meters high. The stations are marked with the Stimmen in der Stadt logo.

Stimmen in der Stadt took off yesterday with an opening event and press conference. The Honorary Patron Ulla Schmidt expressed her respect to the seven people who have given their interviews, openly sharing their stories. It is in these personal stories that the potential lies for bringing the themes of HIV and AIDS back into the public discourse.

The voices will be heard night and day until December 8. A map of the city indicating the 15 station can be found on this website under STADT.

Also, the voices are available on the website too. Under STIMMEN you’ll find the seven interviews in full length. Three of the interviews are accompanied by photo reportage taken by photographer Daniel Rosenthal. 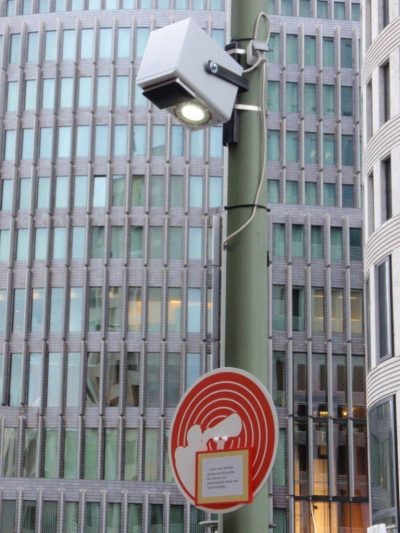 »Stimmen in der Stadt« is a two-week long audio project taking place on the occasion of World AIDS Day 2010 in the city of Berlin. From November 25th through December 8th 2010, in 15 central locations around the city, listening stations will be installed in which interviews containing private stories of HIV and AIDS patients will be made accessible to the public. The sound material originated from interviews recorded between 2006 and 2010 with men and women living in Berlin and who are affected by the virus.
» Trailer